I’m excited today to host Lisa Brown Roberts, who has a few books out that I’ve loved this year: The Replacement Crush, which I told you about a while back, and Playing the Player, which happens to be on sale for .99 for the next couple of weeks. You can click on the book covers to find them on Amazon.

One of the things I love most about Lisa’s writing is her characters. They’re fun and engaging and realistically flawed… like they’re all people you’d actually enjoy hanging out with. And, that doesn’t end with the main characters; Lisa makes sure every character, from parents to best friends to even the smallest of supporting roles, is interesting and somehow makes the book better. I asked her to share a little bit with us about how her characters take shape, so I’ll turn it over to her! 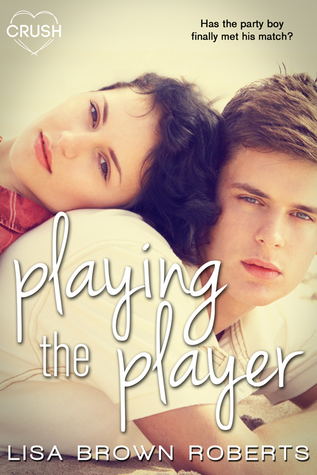 I think it’s safe to say my books are character-driven, because my stories always grow from the characters- who they are at the beginning, the choices they make (good and not so good), and how they grow. I love creating the main characters of my books, but I really enjoy developing the secondary characters, too. They often surprise me and end up being the funniest or most memorable characters, according to a lot of my readers.

For instance in THE REPLACEMENT CRUSH, there’s a rock star who ends up playing a significant role in the story. When I first drafted the book, he didn’t even have a speaking role, he was just a guy on the beach to drool over and provide comic relief for my heroine and her bestie. He had other ideas, however, and I’ve heard from so many readers about him, as well as other secondary characters. I’m often asked if I’ll write another story set in Shady Cove, giving a couple of the secondary characters their own romance. That’s always a good sign, when readers want more of a setting and characters!

In PLAYING THE PLAYER, though the book is a romance, much of the story focuses on friendship. Both Trina and Slade, the hero and heroine, have best friends (Desi and Alex) who are the types of friends I love- honest, supportive, funny, and kind. Desi and Alex call out bad behavior and push Slade and Trina to be better people. They also know when to just listen, and laugh. And when Slade and Trina’s opposites-attract summer romance hits a rocky patch, it’s their best friends who encourage them not to give up, and to stop being stupid.

This book also features two crazy little kids, who often steal the show. When I first wrote PLAYING THE PLAYER I wasn’t sure how readers would respond to a story about two teen nannies dealing with two crazy kids, but I was in love with the idea, and really in love with those little kids, so I wrote it anyway. Fortunately it was a big hit with readers, and I’m so happy I trusted my intuition.

As a mom, I like to write books that include parents as well, because teens don’t live in a vacuum- but I don’t ever want to write “lecturing” books. I strive to create relatable parents who aren’t perfect but aren’t horrible, either, just real people who love their kids. In some cases the parents make painful choices, like in my first book HOW (NOT) TO FALL IN LOVE, when the heroine’s father leaves the family rather than deal with problems he caused, and the mom doesn’t cope with the abandonment very well.

However, I’m a firm believer in redemption and resilience, so this book ends on a hopeful note, and both parents are inspired to do better by their daughter’s courage.

Our real lives are peopled with amazing characters, and I hope to the same with the imaginary worlds I create, inventing characters who come to life, and who you’d like to meet in real life.